After chatting with @MichaelMoreci for the latest ep of the Awesome Comics Pod, these have jumped straight to the t… https://t.co/jGWIirZp3g

@ComicsAnonBlog And? I was quite disappointed after an initially good start. Your good self?

@KroganSushi Can't say I'm a fan either, and I just finished it :(

@TomboyPrincess Yup yup and yup. Whole series was tonally all over the shop. I always thought the final episode o… https://t.co/ZDH7iUYAiL 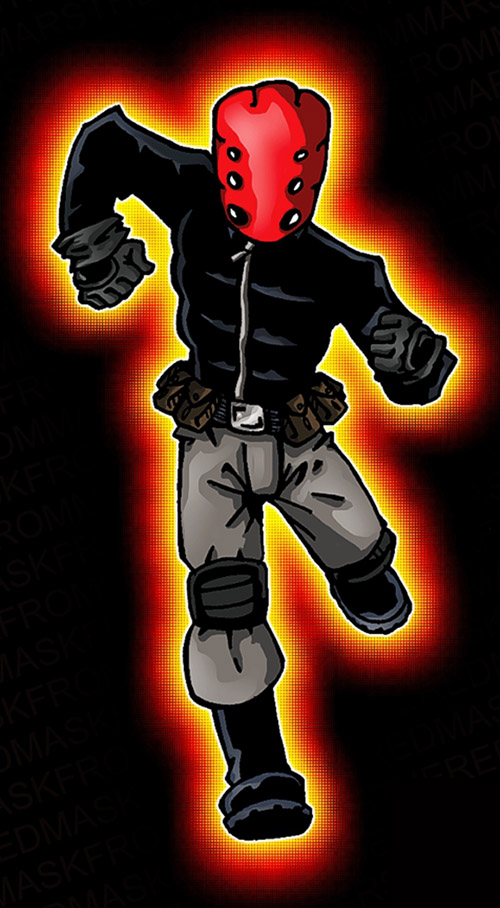 The Red Mask from Mars is a comic book series that centers on thrill-seeking former astronaut Doug Stewart, who finds himself the bearer of immense power after an unfortunate encounter with an unidentified life form (basically, the thing latched itself to his face and wont let go) on a mission to Mars.

Rather than killing him in some oddly gruesome manner though, the alien crustacean in fact gifted Doug with abilities far beyond any other human can achieve. Seeing this as a bit of a bonus, he was soon recruited by the shady do-gooding private agency known as Xenosphere and teamed with a motley crue that consisted of a former black ops commando, a psychic UFO enthusiast, an eccentric scientific genius and a smooth talking gunslinging mystery man.

Now they protect the public, the country and the world from all kinds of alien terror when it decides to strike.

For fans of: Atomic Robo, Jack Staff, Hellboy/BPRD, and anyone who likes seeing nasty aliens get a good hard punch in the face! 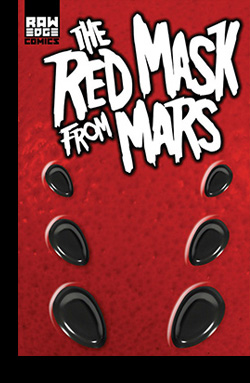 See where it all began!

Find out how Doug Stewart became the kamikaze one-liner spewing hero of mass destruction he is today!

Plus, not only does he become the UK's newest hero, but he has to face off against a bloodthirsty bunch of alien space vampires (who used to be his friends!).

How did he get an alien strapped to his face?

What made the shady agency known as Xenosphere hire him?

And how ugly are alien space vampires (heres a clue: REEEEEAL UGLY)?

Get your hands on the action packed origin issue here FOR FREE! Yes thats right! FREE!! Blimey thats a steal isn't it!

Just click here to download it, and get in on the ground floor with Red Team now! 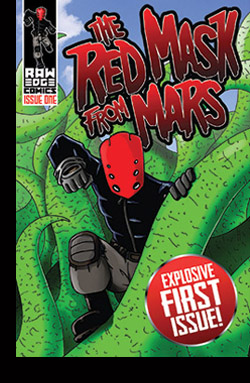 It all starts with a meteor flying towards earth, and a giant goo beast terrorising Hyde Park...

Doug Stewart and his new Xenosphere team-mates are called out to keep tabs on a meteor crash site in the middle of the Dorset countryside.

But this is no ordinary meteor from space, and its arrival marks the start of something far more sinister that will have the future of the country, and the world, hanging in the balance!

Click here to get your copy now. Available in both print and digital.